Margaret Vernon’s administrative career was unmatched by that of any other English nun. She was the superior of four monasteries in succession: Sopwell, St Mary de Pré, Little Marlow, and Malling. Her great patron was Thomas Cromwell and twenty-one of her letters to him survive, although none of his letters to her has been preserved. A record of a royal pardon extended to Margaret Vernon, prioress, and the convent of Sopwell on 20 November 1509 is the earliest-known record of her activity. Shortly thereafter, in 1513–15 she is known to have been prioress of St Mary de Pré, near St Albans. What is perhaps her earliest letter to Cromwell comes from Little Marlow, where she was prioress sometime in the early 1520s. An additional twelve letters come from this same position, all written before Little Marlow was dissolved on 27 June 1536. These letters reveal that Cromwell entrusted his only son Gregory to her for schooling and, between 1528 and 1530, they make visible her extensive political negotiations to become prioress of St Helen’s Bishopsgate in London — a suit in which ultimately she was not successful. 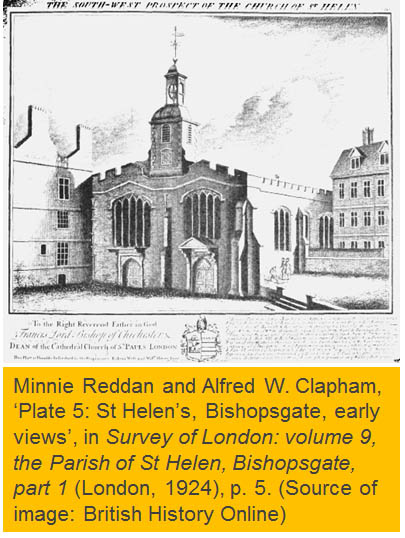 The letters also illustrate Vernon’s extreme anxiety at the closure of Little Marlow and her almost abject dependence upon Cromwell. He did not fail her: despite intense pressure from at least three other candidates and their backers, Cromwell granted her the choice position of abbess of Malling, Kent, where she ruled from 1537 to 1538. Once it became clear that Malling would be closed, in what is almost her final letter to Cromwell Vernon set out an original financial proposal in which she asked to be allowed to sell some of the abbey’s lands to provide pensions for herself and her nuns. In the event, the government-awarded pensions were less than she requested, although her pension can be traced through the year 1546. The record shows that sometime after the middle of 1537 she and her companion nun were laicized.

Margaret Vernon’s surviving letters were collected by Mary C. Erler for her publication Reading and Writing During the Dissolution: Monks, Friars, and Nuns 1530–1558, which was published by Cambridge University Press in 2013. Cultures of Knowledge would like to thank Professor Erler for her contribution of this introductory text. Thanks are due also to EMLO Digital Fellow Charlotte Marique who worked to prepare the metadata for upload to the union catalogue.

Of Margaret Vernon’s twenty-one letters to Thomas Cromwell, half are completely undated and even when the month and day are given, the year is not. The first five letters can be dated between 1522 and 1527 (LP dates them 1529–31). The last letter is probably from 1 November 1538.

Most of the letters are part of the State Papers collection in the National Archives (Public Record Office), although the best-known, Vernon’s plea to Cromwell on  the closing of Little Marlow, is conserved at the British Library, MS Cotton Cleopatra E.IV. f. 55.  All the letters were summarized in J. S. Brewer, et al, Letters and Papers, Foreign and Domestic, of the Reign of Henry VIII, 22 vols (London, 1862–1932) (LP).

A complete list of the twenty-one letters with LP references, is found in Mary C. Erler, Reading and Writing During the Dissolution: Monks, Friars, and Nuns 1530–1558 (Cambridge University Press, 2013), Appendix 4, with a modern-spelling text from Green (see below) or LP summary. Seven of the letters, or one-third of the correspondence, were edited by Mary Anne Everett Wood Green, Letters of Royal  and Illustrious Ladies of Great Britain, 3 vols (London, 1846). One letter (Erler’s Letter 13) is printed in Thomas Wright, Three Chapters of Letters Relating to the Suppression of the Monasteries, Camden Society, 24 (London, 1845), in Henry Ellis, Original Letters Illustrative of English History, 3rd ser. vol. 3 (London, 1846), and G. H. Cook, Letters to Cromwell and Others on the Suppression of the Monasteries (London, 1965), who also prints Erler’s Letter 14.