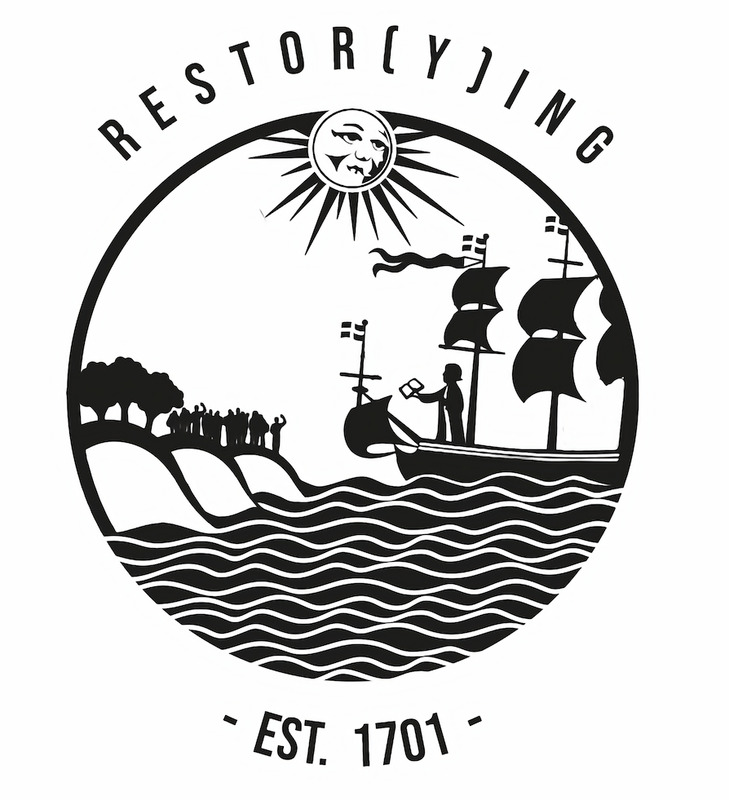 The union catalogue of letter metadata EMLO enables scholars, students, archives, publishers, and research projects to publish inventories of correspondence which, when combined, help piece back together early modern networks and epistolary conversations. Of the correspondences contributed through collaboration with the 'Pastoral Care, Literary Cure, and Religious Dissent: Zones of Freedom in the British Atlantic c. 1630-1720' project, two revolved around key figures in mid-seventeenth-century religious life-the English ejected minister and writer Richard Baxter (1615-1691) and the Church of Scotland minister and political theorist Samuel Rutherford (c. 1600-1661)-while a third focussed on the activities of an organization during its foundational years-the Society for the Propagation of the Gospel in Foreign Parts [SPG]-viewed through the lens of letters selected from manuscript holdings in Lambeth Palace Library and the Bodleian Libraries, Oxford.[1]

One of joys of working with EMLO is to witness a combination of inventories that enables correspondence records to coalesce around individuals whose letters have not been hitherto a focus of study. In recent years I have been noting partial catalogues in the hope that projects and scholars will step forward to engage with new letters. An individual who moved firmly centre stage during Pastoral Care's archival work in the Lambeth and Bodleian libraries was John Chamberlayne (1668-1723), the translator, literary editor, and first secretary of the SPG.

The son of Edward Chamberlayne (1616-1703),[2] John Chamberlayne studied first at Trinity College, Oxford, and subsequently at Leiden. He is believed to have spoken sixteen languages, a talent that enabled him to correspond easily with, for example, Leibniz and van Leeuwenhoek. Descriptions of letters already in EMLO confirmed Chamberlayne was active in a number of early eighteenth-century spheres and one cluster of his correspondence is situated within the Royal Society's Early Letters catalogue.[3] John Chamberlayne was elected FRS on 6 May 1702 and between 1711 and 1719 he published three papers in the Society's Philosophical Transactions.[4] Another batch of letters surfaced as a result of EMLO's recent work on the Stuart State Papers in The National Archives.[5] Chamberlayne occupied various positions at court and was secretary to the bounty commission of Queen Anne. Alongside correspondence connected to these roles, several letters concerned with more personal matters survived, including an intercession on behalf of one George Mott, a coachman (formerly in Chamberlayne's service) who had been convicted of stealing a horse. A number of records for his letters entered EMLO over a decade ago with the digitization of the Bodleian Card Catalogue: the Bodleian's manuscript collections of Ashmole, Ballard, and Smith contain exchanges between Chamberlayne and scholars Thomas Smith and Arthur Charlett. And, most recently, a partnership between EMLO and The Newton Project has enabled the letters between Chamberlayne and Isaac Newton to be itemized.[6] 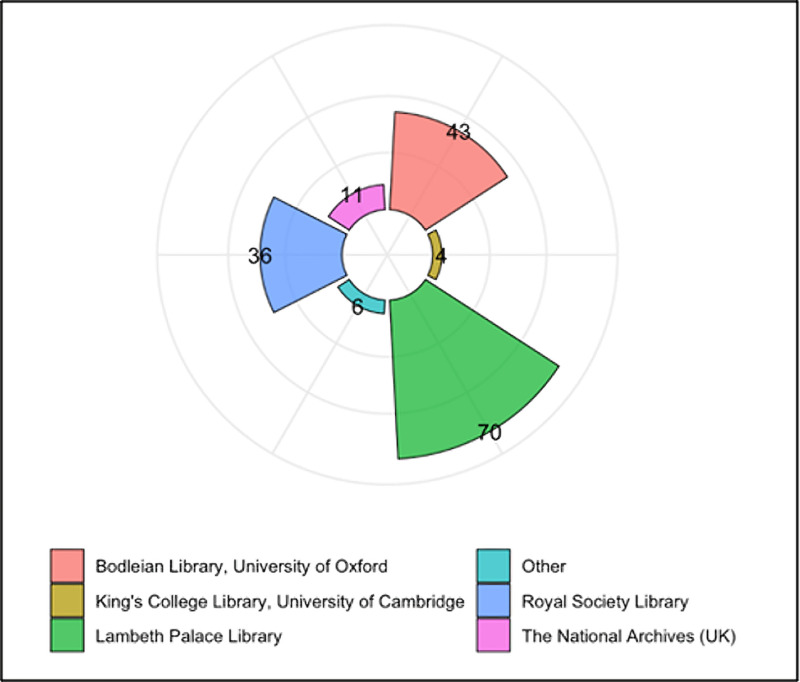 This emerging cluster of letters is just one example of how the meticulous work conducted under the aegis of 'Pastoral Care' has proved more than a sum of its parts in turning a spotlight on one of the earliest members of the Society for Promoting Christian Knowledge: Chamberlayne served as the organization's secretary between 1699 and 1702; his subsequent work in the same role for the Society for the Propagation of the Gospel was conducted from 1702 to 1711. In the course of threading into EMLO metadata for the SPG letters selected by 'Pastoral Care', it became apparent that a considerable percentage of Chamberlayne's correspondence remains to be itemized, for example the letters of Chamberlain and the scholar, librarian, and antiquary Humfrey Wanley.[7] While a complete inventory for Chamberlayne's correspondence might provide the framework for a future scholarly edition, just as the work of Keeble and Nuttall paved the way for the forthcoming edition of Baxter's correspondence, for now 'Pastoral Care' has laid the foundation stone upon which scholars and projects are invited to build.[8]

[1] While Baxter's catalogue evolved as the result of a partnership with Oxford University Press and Oxford Scholarly Editions Online and is based on metadata taken from the inventory published by N. H. Keeble and Geoffrey F. Nuttall, the descriptions of Rutherford's letters were drawn from Andrew Bonar's 1891 edition mounted on the Internet Archive. See N. H. Keeble and Geoffrey F. Nuttall, eds, 'Calendar of the Correspondence of Richard Baxter', vol. 2: 1660-1696 (Oxford, 1991), available on Oxford Scholarly Editions Online: volume one and volume two. The inventory forms the foundation on which the planned edition, to be published by Oxford University Press, will be based (for details of the editors, see the Partners and Contributors section of the Richard Baxter introductory page in EMLO). For Rutherford, see 'Letters of Samuel Rutherford', ed. Andrew Bonar (Edinburgh and London, 1891).

[2] Edward Chamberlayne was known primarily as the author or Angliae notitiae, or, The Present State of England (1669).

[3] The partnership with the Royal Society Library to publish in EMLO the Society's Early Letters catalogue was enabled thanks to funding from Oxford's John Fell Fund.

[5] Descriptions for these letters came into EMLO as a result of participation in the Networking Archives project which involves a collaboration with the State Papers Online and Gale Cengage and The National Archives.

[6] The partnership with The Newton Project was carried out with funding from the John Fell Fund and the Chamberlayne-Newton letters may be found in the Keynes manuscript collection at Kings College, Cambridge, and the Sloane MSS in the British Library.

More than a quarter of a century and nearly half a lifetime of being USPG’s Archivist provides an opportunity to muse on the changes that have occurred within both USPG and the world of the professional archivist.

Any organisation’s record keeping reflects how it functions, as well as what it does. USPG’s Archive contains several major series of files dating from the middle of the 20th century and their successors were still being created in the office when I joined USPG. For example, individual personnel files documented the service of each person supported by the Society wherever in the world they worked, and relationships with the Anglican and United Churches around the world were documented in files that followed a structured classification system, all complemented by the minutes and papers of the committees and staff groups providing the framework for USPG’s activity. These records were managed by administrators, who were in a technological transition period moving from using electronic typewriters to computers. While departmental names and job titles changed and new elements were added to USPG’s work, there was a great degree of continuity over those 50 years.

Two decades into the 21st century, though, the patterns have changed. USPG has a much smaller staff with minimal admin support, but the bigger changes that have taken place can be seen in the records that are created now and those that are no longer generated. While relationships with the Churches are still key to USPG’s self-understanding, filing practice is more fluid and matches the nature of the relationship with individual Churches. Personnel files are no longer created because USPG isn’t appointing people and the supporting committee structure no longer exists, so records aren’t produced. In their place are agreements between Churches for personnel placements facilitated by USPG, the Memorandum of Understanding between USPG and a partner Church for a specific programme of work, and contracts with specialists appointed to support those programmes. This transition in USPG’s record keeping reflects the current context in which the Society finds itself and the scale of what it can achieve. 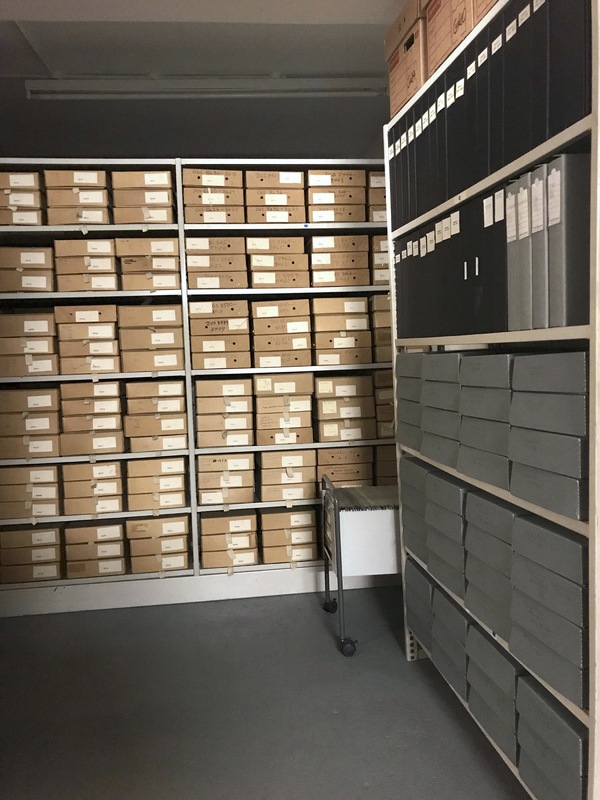 In the final quarter of the 20th century the rate of change within the archive profession began to accelerate. Perhaps not surprisingly, it had occupied quite a stable space with long established practices and the widely held view of the neutrality of the archive and the natural objectivity of the archivist. Jenkinson and Schellenberg’s theories were only beginning to be revisited and challenged; the development of archival theory being contributed to by, among many others, Verne Harris, currently Director of Archive and Dialogue at the Nelson Mandela Foundation, who previously worked for South Africa’s Truth and Reconciliation Commission. Archivists lived and worked in a largely paper based world, or at least one where archives were tangible even if they required a machine to read them, for example films. Over the last 25 years much of that has had to change. On the practical front, managing digital archives is now a major challenge. Intellectually, archives are no longer regarded as being neutral holders of information, but in what is recorded they reflect where power lies. We recognise as archivists that we are as subjective as everyone else and bring our own biases to our work, although this recognition means we can begin the task of improving the situation. Acknowledging and identifying where there are silences in the archives, reviewing existing catalogues to remove offensive or otherwise inappropriate language, and adopting trauma informed and anti-racist cataloguing practices are just some of the steps being taken to enable the voices of people who have previously been marginalised to emerge.

The archive and USPG worlds merge in thinking about the knotty complexity of USPG’s history where exploitation of the labour of enslaved people and participation in Britain’s imperial vision – both wittingly and unwittingly – are so closely entwined with the Society’s role contributing to the thriving Anglican and United Churches around the world as to be impossible to unwind. USPG lives with the tension this brings and will have to continue to do so, recognising the past cannot be changed or permanently hidden. It is the Archivist’s role to engage with this messy past and support the development of a fuller understanding of both what has been achieved and where USPG has caused harm. There is also a small part of the role which involves reminding my contemporaries that our successors within USPG, the Church and the wider community will be looking back at us, in the same way we look back on the people of the last 320 years, and questioning how could they