The SPG’s Early History and Archives

The SPG’s Early History and Archives

The early SPG can be considered an organisation that was bound by letters: transatlantic exchanges which linked together missionaries and their families in the North American colonies and the Caribbean with the Society’s secretary and committee in London. John Chamberlayne was the first secretary of the SPG, serving from 1702-1711. His home in Petty France, Westminster, acted as the administrative headquarters of the SPG in its early years. It was where letters addressed to the society were sent, and where Chamberlayne would file, reply to, and make copies of letters, collating correspondence so that it could be brought before the SPG’s regular committee meetings at locations across Westminster and the City of London. Missionaries in the colonies wrote directly and only to Chamberlayne – he was the point of contact between clergy overseas and the rest of the Society. It was common practice to keep copies of letters sent and received: this record is particularly important in a context of transatlantic correspondence, where shipments of letters were frequently lost, damaged, or intercepted, where it would take many months for a letter to reach its destination. Letter-writers occasionally sent duplicates of letters via different routes or different ships, or substantially repeated the content of their letters in different versions to ensure that the message got through.

It is this diligent duplicating, copying, and archiving of letters, by Chamberlayne and his predecessors, that forms the bulk of the SPG correspondence archive today. We also have the minutes or journal of the committee meetings, which record the content of letters brought before the committee for discussion, along with the committee’s response to them. Originals and copies of surviving letters from Chamberlayne’s tenure are now held in Lambeth Palace Library. Letters from after Chamberlayne’s time, along with extensive ‘copybooks’, are currently held in a separate archive, at the Bodleian Library in Oxford. SPG missionaries encountered enslaved people in the colonies and the Caribbean, and from 1711, the Society itself became a slave owning organisation following the bequest of a plantation in the will of Christopher Codrington. The historical records featured in this exhibition, which appear as digital images and transcribed texts, include offensive language and references to the mistreatment of enslaved people. 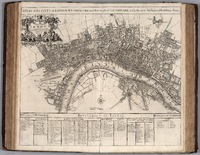 A New General Atlas, Containing a Geographical and Historical Account of All the Empires, Kingdoms, and other Dominions of the World with the Natural History and Trade of Each Country. Taken from the Best Authors ... To which is Prefix'd, An…

The Society for the Propagation of the Gospel in Foreign Parts 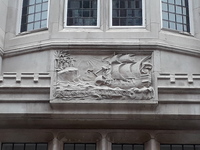 The Society for the Propagation of the Gospel in Foreign Parts (SPG, now USPG) was founded by Reverend Dr Thomas Bray and granted a Royal Charter in 1701. It was established with the aim of financing and sending Church of England ministers to… 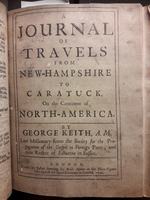 George Keith was a Scottish Quaker who had been imprisoned for his beliefs. He travelled widely and spent some years in the American colonies. After some disagreements with Pennsylvania Quakers in the 1690s, Keith's beliefs moved increasingly towards… 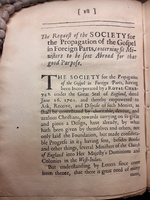 This publication, produced in 1702, reflects positively on the work of the SPG in its first few months, but acknowledges letters from the colonies that have asked for more missionaries to be sent. It calls on bishops to recommend clergy who may be… 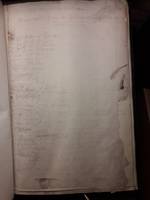 This journal is a record of the proceedings of the Society, detailing the business that arose during committee meetings. This first entry lists the names of those present at the meeting (clergy, but also 'Drs in Physick') and sets out the work…
View all 5 items