Upon his death in 1710, Christopher Codrington bequeathed to the SPG two plantations in Barbados 'to maintain a convenient number of professors and scholars'. There is some indication that he wished part of this bequest to be used to educate and catechise free and enslaved Africans. This did not happen in reality. When Codrington College eventually opened in 1745, it established itself as a grammar school for white boys only. The Society continued to operate the plantations and, along with the college, to benefit financially from the labour of enslaved Africans. There is no recorded evidence that the acceptance of the ownership of the Codrington plantation was debated within the Society, and certainly not on moral grounds, but the documents included in this collection set out some of the administrative and legal complexities in securing the deeds.

William Fleetwood’s annual sermon for the Society in 1711, shortly after the Codrington bequest, signalled an acceptance of slavery, while at the same time suggesting that enslaved people were used ‘cruelly’ by some masters, and that under the Society’s ownership, they would learn to become ‘as Godly and Religious’ as the masters themselves. This was a complex and contradictory view, encapsulated by Travis Glasson’s assertion that the Society’s ownership of the plantations ‘was couched in a strongly reformist language and infused with hope that Codrington would be the foundation of wider missionary success’.

From 1711 onwards, the SPG’s mission aims must be understood to be closely entangled with its ownership of the Codrington plantation. The Society desired to make profits in order to finance and expand its mission operations, and in its view, to resource its good work in spreading the word of God, but this resource came directly from the labour of those enslaved on its own plantations. the SPG’s use of slave labour continued for 100 years, and the legacies of this continue to this day. University College London’s ‘Legacies of British Slavery’ project shows that as of 1836 the SPG owned 410 enslaved people and received compensation of £8500 after abolition. The success and expansion of SPG (later called USPG) as a global mission organisation in the nineteenth and twentieth centuries needs to be contextualised alongside its origins as a slave-owning organisation.

Extracts from the Will of Christopher Codrington 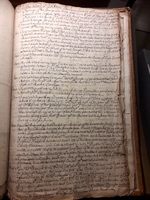 Extracts from the Will of Christopher Codrington or Coddington, Chief Governor of Her Majesty's Leward Islands in America of Dodington, Gloucestershire.

Committee Minutes regarding the Codrington Estate 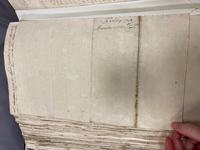 Concerned with measures for securing the estate that Gen. Codrington had left to the society in Barbadoes. 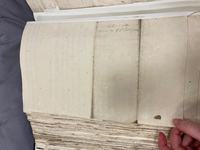 Concerned with measures for securing the estate that Gen. Codrington had left to the society in Barbadoes.

Report from Committee on Barbados 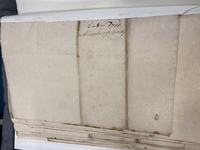 Receives report of committee on Barbadoes and approves draft of agreement with Colonel Codrington for surrender of estate. 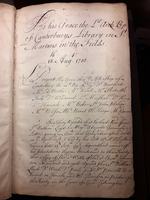 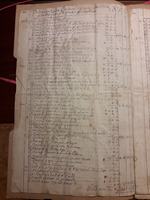 The first page of the accounts of the Codrington Estate.

Description of the Religious Situation in 'Leeward and Caribbee Islands'. 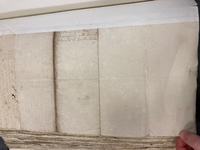 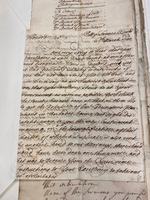 Governor Robert Lowther states that he has received the 'exemplification' of the society's charter and will deliver to their attorneys.
View all 9 items