Mission was the driving imperative behind the founding of the Society for the Propagation of the Gospel (SPG), as its name makes clear. However, this priority raised complex questions of identity and power both for a parochial Anglican state church hoping to embark on new missionary ventures, and for the diverse range of groups they encountered across the broad geographical region that England’s incipient imperial and expanding commercial activities opened up. The Anglican church was internally conflicted over whether it should be engaged in ministry beyond the territorial boundaries of the nation-state and trying to determine – if it did initiate an external missionary focus – who its primary target audience should be.

The indigenous people groups of the Americas whom early missionaries encountered in South Carolina, for example, posed different questions of power, identity and exchange to enslaved Africans forcibly transferred across the Atlantic. There were reciprocal relationships of trade, exchange, and care-giving essential to the survival of the fledgling English communities and their parishes. Finance and war were often entangled: mutual dependency ensured survival, but colonial traders also instigated disruption in order to engender opportunities for enslavement that then put the colonial outposts at risk. It also created a tense and difficult space for mission which played out in international diplomacy, the establishment of schools, and inequities of power that destroyed trust; negotiation rather than subjugation continued to be an essential strategy for survival in the early part of the eighteenth century.

This collection foregrounds the importance of who gets to tell stories and how. Literacy and books – as artefacts and objects of translation – remain key to communication and exchange. There is also an intimate intersection between matters of pastoral care and the development of natural philosophy which situates SPG’s missionaries firmly within the European and transatlantic republic of letters. 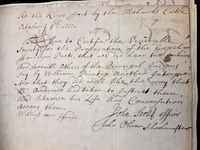 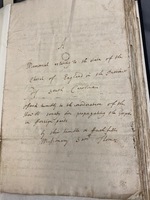 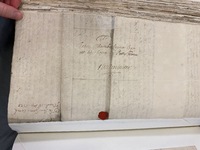 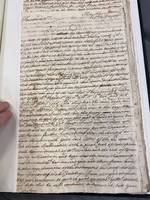 John Chamberlayne (Secretary) to Francis Le Jau, Petty France, Westminster, 25 July 1709 (copy). Letter will be brought by Governor Tynte. Complains of not receiving reports from Maule. Wood has been granted an annual stipend of £50 for two years.… 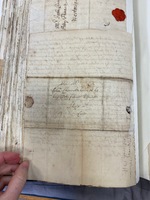 John Norris to John Chamberlayne (Secretary). An unnamed schoolmaster near him in Carolina has offered to teach Indian children free. His school is some distance from the Indians, and Norris wonders if the society could help him to move it nearer.

John Chamberlayne (Secretary) to Governor and Clergy of Carolina 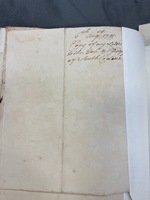 John Chamberlayne (Secretary) to Governor and clergy of Carolina, Petty France, Westminster, 6 Aug. 1711 (copy), asking them to report on feasibility of a proposal to move Ross Reynolds, schoolmaster in St. Bartholomew's Parish, who has taught some…
View all 6 items