Sourcing reliable missionaries for an unpredictable and often financially untenable life on the fringes of imperial experimentation was not a simple procedure. The Society for the Propagation of the Gospel (SPG) created stringent bureaucratic processes for internal selection within the British Isles. Sometimes, however, they received recommendations from the peripheries as to viable and worthy men who should be considered for service and care. Elias Neau was a French Huguenot who had emigrated to New York and was a significant member of the emigrant French Protestant congregation established there. His care for the catechising and education of enslaved Africans attracted attention and he was recommended to the SPG in London as a viable candidate for missionary service. The incumbent Anglican vicar of his New York parish was uncertain, due to Neau’s allegedly poor English, and the fact that he was not a member of the Church of England. There was also significant tension with powerful English parishioners who were often unsympathetic to enslaved Africans, whose labour underwrote their social and financial power, being catechised in the Christian religion.

As a naturalised English subject, Neau was captured by pirates and imprisoned in France as a Huguenot. He also experienced a lengthy period of enslavement due to his refusal to convert to Catholicism. The privation he endured almost broke him. But he survived and managed to return to his family in New York. This set of experiences shaped Neau in profound ways; he did not question the structure of slavery that underwrote his own financial security and social position, but he did not have any sympathy with slave owners who refused to facilitate the Christian catechising and education of the people they owned due to selfishness, indifference or fear. Empathy was powerful but limited in its capacity to engineer social change. It could even result in support of legislation that constrained the agency of enslaved Africans even further, as Neau discovered inadvertently, in his sedulous attempts to persuade slave owners to allow catechising in the Christian religion, on the grounds that conversion would not result in manumission.

Woodcut of Elias Neau in the Dungeon

"Elie Neau in the [Marseilles] Dungeon," anonymous, in A Short Account of the Life and Sufferings of Elie Neau (London, 1749) 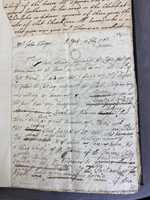 William Vesey to the Archbishop of Canterbury

Recommends appointment of Muirson as catechist to replace Neau. Neau is a worthy and good man, but he is an elder of the French congregation and a merchant. He does not communicate with the Church of England, and he does not speak good English. 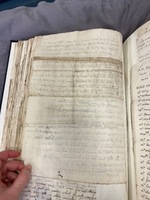 He has resumed his catechizing, with the support of the society and with Vesey's approval. 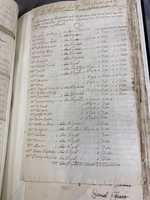 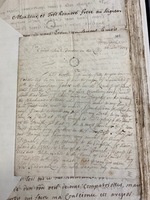 Elias Neau to John Hodges (Treasurer), New York, 20 Dec. 1704 Mentions that he became acquainted with the Book of Common Prayer while still in his 'dungeon' 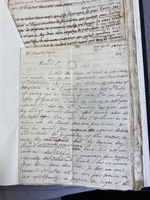