While the early SPG was an organisation made up of male Church of England clergy, committee members, and subscribers, there is evidence that women had a voice that was recognised by its administrative structures. Many early missionaries were married, and the existence of wives (whether they accompanied their husbands to the colonies or not) often dictated the location and nature of their husbands’ work. Certain locations were deemed to be too dangerous or unhealthy for clergy to take their wives and families to, and letter-writers occasionally turned down postings because their wives or mothers had not consented to their going.

The SPG had a duty of care to missionaries’ wives and families, and this was particularly true after an individual’s death, when calls were made for financial assistance for widows. The Society also listened to and apparently responded favourably to the petitions of the wives of living clergy, like the letters of Mary Keith, living in England while her husband was in Maryland, who wrote to request a portion of her husband’s salary, which, using the formal language of petition, she claimed was necessary to enable her to feed her children. In this way missionary wives had a degree of influence over the work of their husbands and the way their salaries were paid, and by extension, contributed to the shaping of the work and structures of the society itself. 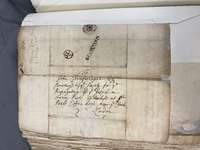 He would like to go to the colonies as a schoolmaster, but has not yet obtained his wife’s consent. 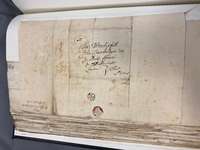 Society rejected him for Indian Mission because he is married, but proposed to send him to Roanoke, N.C. He is unwilling to go there because it is too unhealthy, but will accept an appointment to South Carolina. 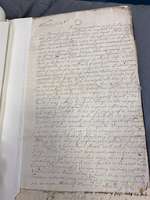 He is unwilling to sail on the Princess Anne with the Palatines, as he believes the voyage will be too rough for his family. 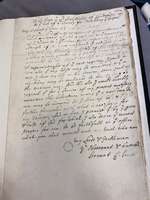 Smith wants payment to his wife guaranteed during her survival if he dies on mission. 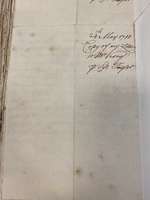 Society has continued Huddleston as schoolmaster and appointed Ross to Chester on Vesey's recommendation, but Ross has been taken prisoner by the French. Vesey is asked to comfort his wife and family. 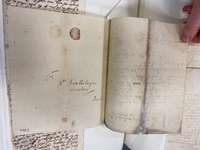 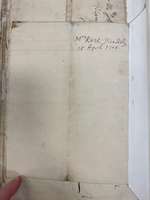 She hopes society will not restore her husband's allowance, as she does not want to go to America, but please do not tell him. 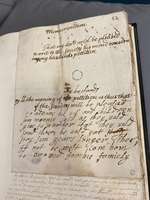 Undated memorandum of Mrs. Keith, asking that aid be given to her and her children if her husband remains in Maryland.

Mary Keith to the Archbishop of Canterbury 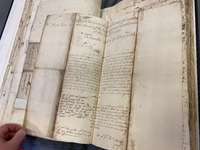 Memorial of Mary Keith to the Archbishop of Canterbury, asking relief.

Mary Keith to the Archbishop of Canterbury 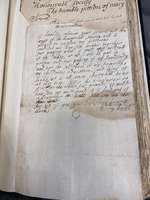 Mary Keith to the Archbishop of Canterbury asking relief.
View all 11 items